The stakes of this project are highly strategic: it aims at accompanying the development of the world market by the mutualized characterization of the oil inherent corrosiveness, main parameter influencing the oil economic appreciation thanks to: a new scale of characterization and referencing of crude oils which essential interest is confirmed by the attendance of representatives from 28 countries and oil companies.

To date, the appreciation of traded oils is based upon their physico-chemical properties on one hand, and their corrosiveness on the other. The corrosive nature of Oil reflecting its ‘acidity’ is typically assessed from its sulfur content and/or its Total Acid Number (TAN). And yet, Wintech Global experiences have proven what the oil community agrees to date: these parameters are not sufficient to establish the corrosive potential of a given Oil.

In reply to this, Wintech Global proposes the implementation of an analytical approach integrating all parameters contributing to the characterization of an oil identity so as to evaluate, in a fully transparent way, its intrinsic corrosiveness. Thus, the Lyon-based company develops, under the heading NeuroNAC™, solutions intended to allow serene and responsible management of both the market evolution and the disparities of produced hydrocarbons. 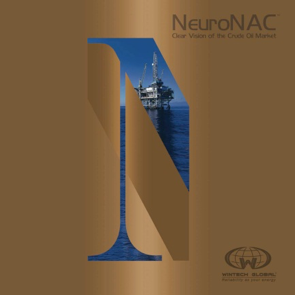 By a digital solution

Therefore, NeuroNACTM is designed to answer the need for an equitable characterization of the inherent acidity of all oils. Based on the unprecedented combination of an international database, created from actual oils supplied by the participants, and the efficiency of the mathematical technology of Artificial Neural Networks (or ANN), the functional software NeuroNACTM will enable its owners to determine the inherent acidity of any oil from its physico-chemical properties. The scope of the project includes both conventional and unconventional oils so as to assure transversal exploitation of the world heritage.

NeuroNACTM, a key digital solution to go beyond preconceived ideas and establish the new rules of oil acidity characterization.

Evolution of the oil landscape

The crude oil market has gone through major restructuring over the last decades. Indeed, the growing exploitation of new natural resources, intended to deal with the ever increasing demand, leads to a diversification of the properties of produced and traded hydrocarbons. This trend nowadays is emphasized by the development and the upgrading of ‘unconventional’ oils.

In this context of changing oil landscape, the market share of oils stamped ‘sour’ keeps growing (North Sea, South America, Russia, Western Africa, etc.) and now represents about 70% of the world production. NeuroNACTM enables characterization of the oil inherent corrosiveness regardless its type, its identity or its origin.

Intended to serve the oil community

The NeuroNACTM team guarantees not only the required level of expertise to handle such a highly technical subject but also the objectivity deemed essential for the responsible management of this founding and unifying project. For the first time, this universal issue of crude oil inherent acidity characterization brings together the oil producing countries, the national and international oil companies. Indeed, all market players need a reliable and efficient tool, as a basis for mutual confidence strengthening, essential for the sustainable appraisal of the oil market trading rules.

In this way, whether producers or buyers, the inherent corrosiveness of oils will be made visible for the owners of the NeuroNACTM solution, who will be able to classify oils, to establish changes of produced oil over time, to characterize new crudes or even to anticipate the inherent corrosiveness of blends. Accessing this information will allow serene management of market evolution.

NeuroNACTM, unifying project initiated to build a tool for oil inherent corrosiveness characterization with and for oil producing countries and oil companies.

We use cookies to make sure that our website works correctly. We also use cookies for some basic analytics, to help us improve the site. We won’t place non-essential cookies. By continuing the navigation on this site, you authorize the use of cookies. Learn more